Canon’s announcement of the 7D Mark II intrigued me. An autofocus system sharing features from the 1DX, and 10 frames-per-second shooting, for $1700 bucks?

My lust for mirrorless cameras notwithstanding, a Canon DSLR offering upgrades on both FPS and autofocus over the 5D Mark III had me curious. But would I miss the full-frame view of the 5D3? Read on.

I received the new camera in mid-November. My initial interactions with the camera were very positive. Maybe a bit underwhelming, in fact, because physically the 7D2 is a near clone of the 5D3. Don’t mess with success, I suppose.

This camera is built like a tank. It has a magnesium-alloy body. It’s hefty. In a pinch, it would be useful a club. If a 5D3 and a 7D2 duked it out in a dark alley, I’m not sure which one would win.

The 7D2 has dual memory card slots, one for an SD/SDHC/SDXC card and one for a CF card. I’d prefer dual SD slots, but I suppose I can live with CF for another camera generation (I’ve met folks who would prefer dual CF slots, so… yeah). The CF slot supports UHS-1 speeds. The on-board USB port is USB 3, which is nice–but I don’t shoot tethered, and 99% of the time I use a memory card reader.

Controls on the 7D Mark II are basically laid out like a 5D Mark III, with a few tweaks. The 7D2 features an additional thumb lever surrounding the rear joystick control. By default, this lever controls autofocus area selection, and I’m using it that way (of course, Canon allows this button to be configured to control a number of other camera functions, including ISO and exposure compensation).

The viewfinder is very customizable on the 7D2. The camera can display an electronic level and a grid directly in the viewfinder. Nice feature.

Everything else feels very familiar to me.

The 7D2 sports a 65-point autofocus system “inspired by” the flagship Canon 1DX. All of the points are cross-type. AF settings are highly customizable. You can read about the gory details in any number of other reviews.

My bottom line is: this camera has wicked-awesome autofocus. Check out some of the commentary and example shots below.

Oddly enough, the first project I used the 7D Mark II for was astrophotography. Comet Lovejoy was passing through, and I thought it would be fun to capture an image from my driveway. I live in a light-polluted area, so I took 8 second sub-exposures at ISO 1600. The lack of noise in these images is staggering, compared to previous DSLRs I’ve used (5D3, 5D2, and 350D). Roger Clark tested the 7D2 and concluded it is an excellent candidate for use in astrophotography. 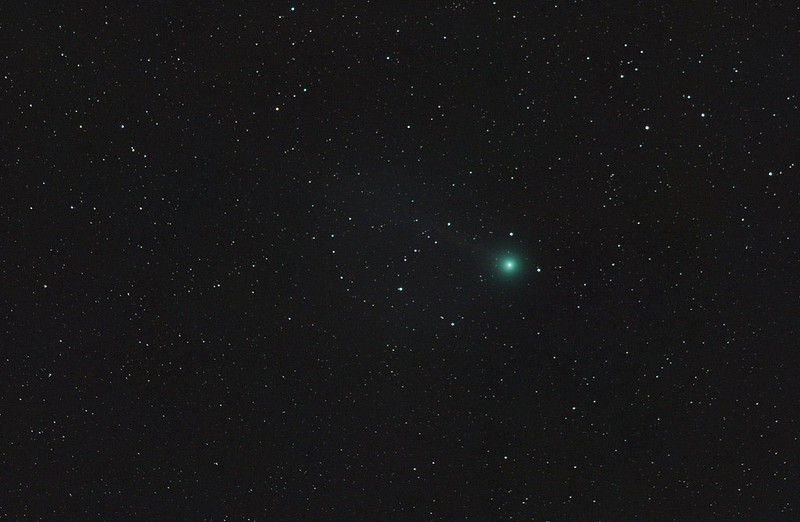 The first real workout of my 7D2 was the Sandstorm 2015 lacrosse tournament in Indio, California.

In bright sunlight I found I had to underexpose by 1/3 stop to avoid blowing out the highlights. Every Canon DSLR I’ve used has this issue. Seems fixable, but maybe they go for consistency at this point.

Canon’s auto white balance is wonky. Once in a while the camera’s white balance will make the images overly warm for no apparent reason. I shoot RAW and therefore this is easily fixed, but Canon! Get your act together! Fujifilm kicks your ass in the WB department.

I initially had the drive set to low-speed continuous shooting, and was getting only 3 FPS. I was pissed off and confused. After 5 minutes I realized my error, and set it to high-speed continuous shooting. Wheee… this beast will do 10 FPS in RAW mode all day long (more rigorous testers than me have calculated 9 point something FPS in controlled tests).

I shot ~1000 frames over two days, and the autofocus did not miss. Not once. Good golly this is a sports camera. 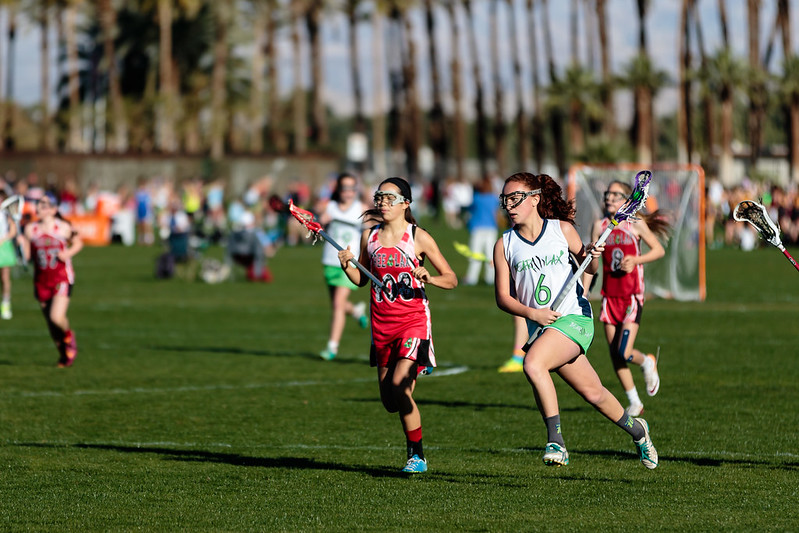 The 1.6x crop factor took some getting used to. For lacrosse I use the Canon 70-200 f/2.8L II IS. It’s a bit too much reach when standing on the goal line because I can’t frame the goal and a shooter on the 12 meter arc. By stepping back a few yards, the problem is solved.

I suspect the 70-200 with a 1.4x teleconverter will yield outstanding long shots of the opposite end of the field. 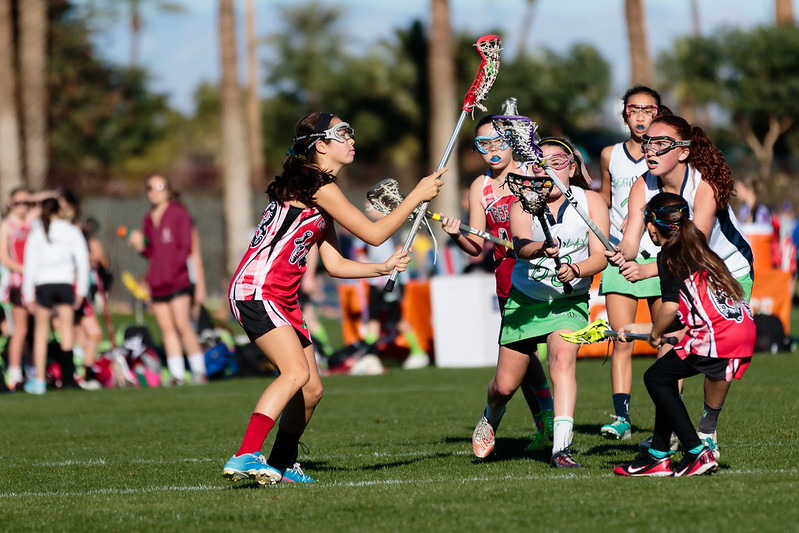 Canon’s 7D Mark II is a great camera. The upgrades to the autofocus system and its continuous shooting speed make it a tremendous tool for sports photography. That said, it’s not for everyone. Landscape shooters may prefer full-frame options like the 6D or 5D Mark III. For sports, though, it is no contest. The 7D Mark II rocks. 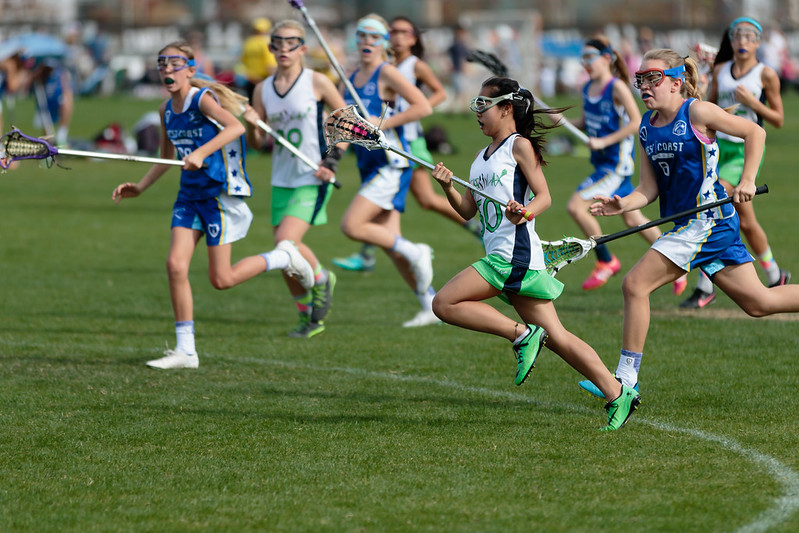 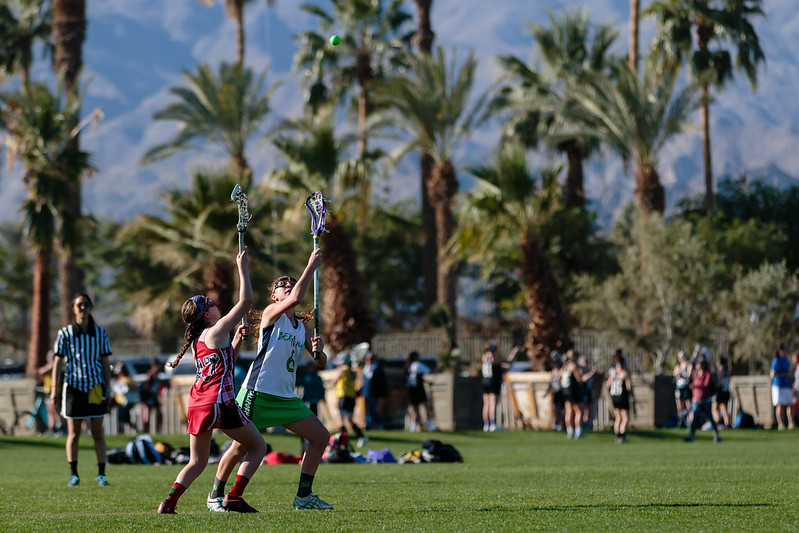 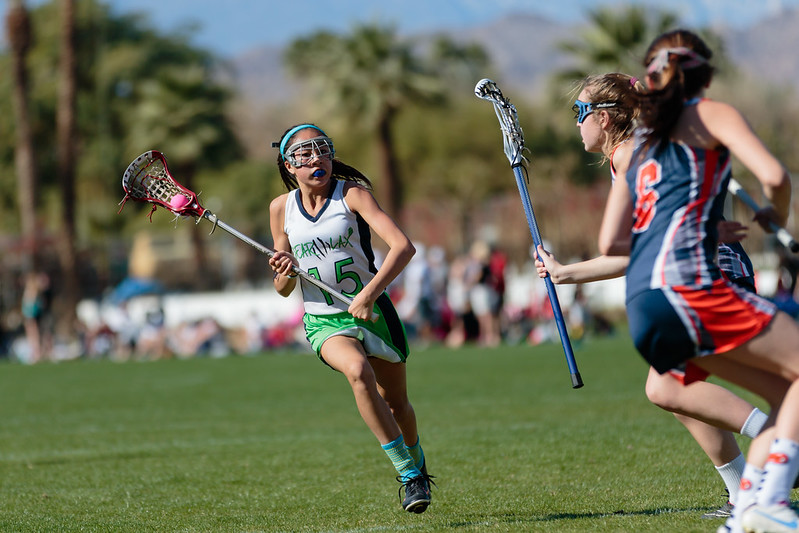 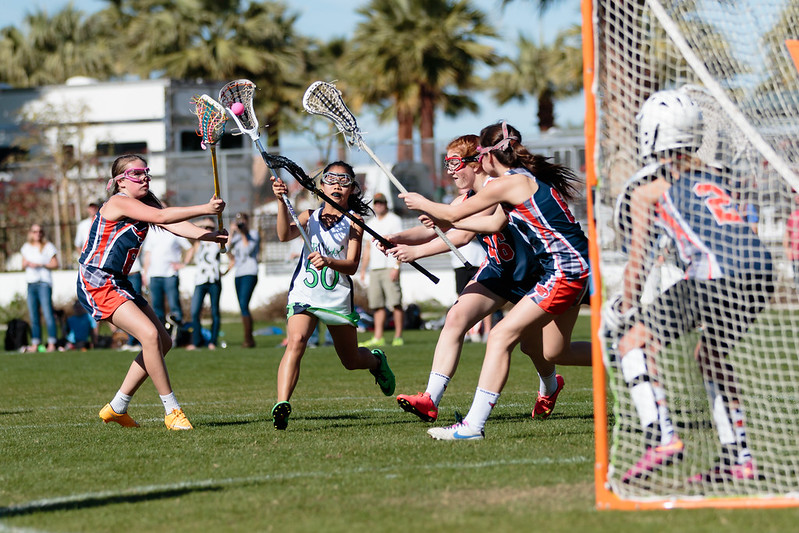